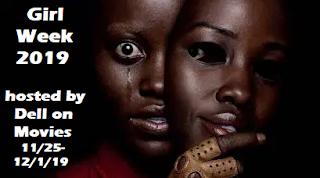 Wendell at Dell on Movies is celebrating his annual blogathon Girl Week! An occasion to highlight women in films.  The criteria of the blogathon allows for movies with a female protagonist or directed by women.
I started out with a list of best female buddy movies which was way too long, so I narrowed it down to the 90s. Unquestionably there are films I missed, I tried to include what defined the decade for the female friendship aspects. 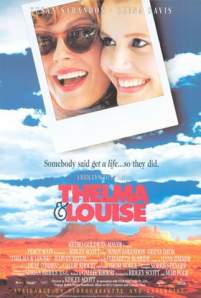 Thelma & Louise (1991)
(Paving the way for great roles for women, a female version of 1969’s Butch Cassidy and the Sundance Kid, with two anti-hero rebels facing adversity. Directed by Ridley Scott, a dark yet empowering road movie. Beautifully lensed and well-acted, the ending is unforgettable) 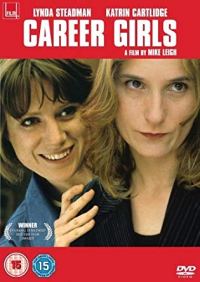 Career Girls (1997)
(UK drama. An overlooked and rewatchable gem in Mike Leigh’s filmography. About two university friends who reunite and how their relationship has changed, or maybe not changed. At first we wonder why they are even buddies, they show it in very different ways. Funny and heartfelt)

Fried Green Tomatoes (1991)
(A warm-hearted crowd pleaser based on the 1987 book Fried Green Tomatoes at the Whistle Stop Cafe by Fannie Flagg. Evelyn (Katy Bates) is bored in her marriage. Things change when she meets Ninny (Jessica Tandy) at a nursing home and hears her stories. Ninny talks about her friendships of the past. Possibly too sappy for some viewers)

The Dreamlife of Angels (1998)
(French drama. Elodie Bouchez and Natacha Regnier both won Best Actress honors at the 1998 Cannes Film Festival. I liked the friendship depicted, even though the blonde is making stupid decisions. I wonder sometimes when characters are supposedly without money or a roof to sleep under, why they don’t just go on the dole, but it does have excellent performances. Powerful story)

Girl, Interrupted (1999)
(A long time since I watched but left a mark .Takes place in a psychiatric hospital for women in the 1960s.  Angelina Jolie stands out as the mischievous Lisa whom Susanna (Winona Ryder) befriends)

The Craft (1996)
(I can see why has become a cult favorite, definitely rewatch potential. Apparently the lead is not the girl from Gilmore Girls. The opening 45 minutes are especially enjoyable, the second half is a bit over the top. According to what I’ve read, Fairuza Balk (Nancy) was an actual practicing Wiccan for a while. Yikes)