Skip to content
Chris Monthly recap: What have I been watching?, Uncategorized December 3, 2018December 5, 2018 7 Minutes

First Reformed (2017) (Paul Schrader)
Now out on dvd. A wordy, low-key, thinking person’s drama. About a priest who writes a diary and we hear his inner monologue. He has doubts about himself and his actions, questioning his professionalism. Uncomfortableness about “wanting to be liked”, drawing on his own personal life when helping a man in trouble. For those couples considering having a child, the film may provide the answers they need to make the decision.
The film has a slow, boring middle, but the beginning and ending are really well done, especially the extended conversation between Mary’s husband, Michael, and the priest Ernst Toller (Ethan Hawke). Overall though, I expected more based on the critical reception. A film with a lot of potential and much wisdom sprinkled in. Unfortunately, it has pacing issues (in the middle part) and I wasn’t as absorbed in the story as I hoped I would be.
Schrader appears to be critical of the Iraq war, alcohol consumption, global warming, the ethical aspects of big business church funding, social media, etc. But it does feel like a grumpy old director complaining about the world through his screenplay.
Life is taking its toll on Toller in more ways than one, and the film shows that even a righteous, intelligent priest can lose sight of what is right and wrong. As another reviewer wrote: “He’s a good man who has lost his way”
While the story addresses contemporary issues, and features a great performance by Ethan Hawke, I can’t rate the film higher than 7, as it follows the Taxi Driver playbook quite closely, just with a new set of characters. Hopefully will grow on me on rewatch. I liked it, but hard work, as I had to watch in stages. Too heavy to sit through the entire thing in one sitting.
7/10

The Other Side of the Wind (2018) (Orson Welles)
I’ve watched a handful of Orson Welles’ best known films, some of which he directed (Citizen Kane, The Trail, The Magnificent Ambersons) others in which he acted (The Third Man, Touch of Evil). I liked many of them.
His final work The Other Side of the Wind went through production hell and was for a long time regarded as “the greatest movie never released”. (Although I’d put Jodorowsky’s Dune right up there at the top of the list as well). Having now seen “Wind”, I have to admit the history of this project is more interesting than the film itself. I wish Orson Welles had finished editing while he was alive from the alleged many hours of footage, as it really was his baby. The Netflix version is almost unwatchable with its exhausting, restless camera and semi-autobiographical, loose narrative. An experimental, chaotic mess. According to the documentary They’ll Love Me When I’m Dead (2018) the shoot was difficult: ”Everything had to happen right away even if we (the crew) didn’t understand what we were doing” ”There was no script” ”He (Welles) was constantly writing it as he was going along” ”The rule of thumb is, Orson Welles knows what he’s doing, don’t question anything”.
The main character Jake Hannaford (played by the late John Huston) is a revered director but also a prejudiced drunk with disdain for Indians and gays. Huston’s performance holds the film together and he may even receive a posthumous oscar nomination. I’m sure there are hidden depths I missed, the 70th birthday party sequence contains many random one-liners, but I just didn’t care much about anyone or anything on screen for large parts of the running time. Apparently all the different kinds of stock: super 8, color, black and white is the idea that various media people are following Hannaford around. It’s possible the dizziness and confusion of the party was intentional.
Some of the best scenes in The Other Side of the Wind depict Hannaford as somewhat of a lonely, attention-seeking figure, keen to remain relevant and liked yet his behavior pushes people away. He has a lot of admirers and people eager to benefit from his name but does he have any genuine friends? Welles’ final film is described in They’ll Love Me When I’m Dead (2018) as ”in a sense a bookend to Citizen Kane, about the tragic end to someone who had become great and then had lost his place in America”.
It’s been said the 35mm, wordless, psychedelic erotic film-within-a-film is a spoof of European arthouse cinema typified by Antonioni. The music choice of Fruit and Icebergs by Blue Cheer works well in the opening of that sequence.
There’s a nice instrumental soundtrack by jazz pianist Michel Legrand (who had previously composed the score for Welles’ 1973 film F for Fake). As talked about in A Final Cut For Orson: 40 Years in The Making (2018), Legrand’s music has a double function as entertainment for the party guests and a soundtrack for us the viewers.
5/10 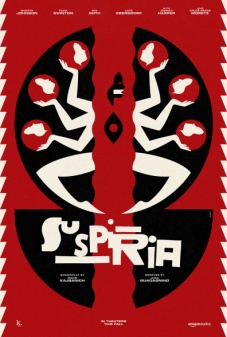 Suspiria (2018) (Luca Guadagnino)
Not a remake but a  “re-imagining” or “cover version”. Tonally inconsistent, shifting between gruesome, philosophical and emotional. Resists the temptation to be a mere retread by adding depth and meaning to the admittedly weak storyline of Argento’s 1977 classic.
(spoiler free full review)
7/10 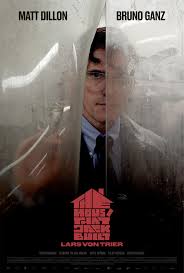 The House That Jack Built (2018) (Lars von Trier)
Serial killers (like filmmakers) display their creativity through their acts, and the film has unforgettable visuals. Is this a masterpiece by Lars von Trier or a pretentious ego trip? Hard to say, and I haven’t really decided how I feel about it. Important to discuss murder in society through art, although I felt he went too far in some places. Despite the disturbing subject matter, this is one of the director’s funniest screenplays.
(Spoiler free full review)
8/10

Columbus (2017) (Kogonada)
Finally out on region 2 dvd. A soft spoken, moving story. Nominated for Best First Feature at the Independent Spirit Awards. A film that is most alive when Jin and Casy are just conversing. They both have personal problems. Like Lost in Translation, two strangers make an unlikely connection. Set in Columbus, Indiana, apparently known for its modernist architecture, there are many references to building aesthetic in the dialogue and cinematography. Could be a parallel between the architecture and the characters but I didn’t quick pick up on it. A simple, unhurried, old-fashioned story about dreams, hometowns, and loneliness. Haley Lu Richardson shines in one of the most underrated performances of 2017 as the confused librarian. Doesn’t provide massive surprises, but the story really doesn’t need that. The ”attention span” quote is bang on the money, kids have attention span for video games for hours, while bookish people might not have attention for games. So it’s about interest, not attention. But do we have interest in what matters?
8/10 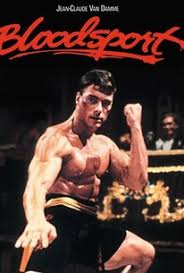 Bloodsport (1988) (Newt Arnold)
Martial arts drama. Mostly clichéd, yet still drew me in with its energy and daft-but-fun storytelling. The fight sequences are well done even though Jean-Claude Van Damme’s acting is terrible in the scenes outside the ring. I’d never heard of a Kumite tournament or the name Frank Dux so I did learn a couple of things. Despite its 33% rotten tomatoes rating, an entertaining watch, which the 74% audience score indicates. The soundtrack is very 80s, but also inspiring, such as Fight to Survive by Stan Bush or the instrumental Triumph by Paul Hertzog.
7-8/10

Creepshow (1982) (George A. Romero)
Dark comedy horror anthology film directed by George A. Romero and written by Stephen King. I’ll share my thoughts on each of the short films:

Prologue: I think most can relate to getting told off by our dad.

“Father’s Day”: Starts off promisingly with a family talking about a damaged woman and her troubled relationship with her father but ultimately becomes too silly.

“The Lonesome Death of Jordy Verrill”: Stephen King’s goofy overacting is ridiculous yet fun. I’ll forever be ill at ease from now on about going near a meteorite. Probably my favorite of these stories.

“Something to Tide You Over”: I love how the story sets the stage with an intriguing what-if situation. Visually is unforgettable. The ending has a bit of depth about guilt despite feeling familiar to another anthology story here.

“The Crate”: Tales about a domineering wife and an old crate are cleverly mixed. In spite of the dated special effects pretty creepy.

“They’re Creeping Up on You”: I was surprised by the ending. On reflection it was what you could expect to go wrong. There’s too much exposition of little importance.

Despite having issues with King’s acting, the special effects, and a couple of the endings, an entertaining horror anthology. It isn’t super scary and is quite tongue-in-cheek yet did make me feel uneasy at times. It’s just fun to watch!
7/10

Crazy, Stupid, Love (2011)
The twist is surprising yet the way the characters are connected felt too scripted. The scene when the dad finds the pictures was hilarious. The Marisa Tomei and Carell scenes are funny as well, especially the bar scene and the meeting at the school.
7/10

Hannah Gadsby: Nanette (2018) (Stand Up Special)
Available on Netflix. Apparently this 70 min one woman show is one of the most talked about stand-up specials in ages. I respect Hannah Gadsby’s honest approach but unfortunately the jokes fell flat. Perhaps if you are Australian/Tasmanian or part of the LGBT community you will understand the nuances of the comedy better than I did. The most memorable jokes involve caution about Mr Right and the section about the color blue. She does have wise words, for example about tension and sensitivity, and talks about celebrity, linking it to her art history education and the #MeToo movement. Gadsby attempts to show us the lesbian experience through her eyes but I felt she didn’t bring much new in that regard as was mainly prejudice reactions towards her choice.
As the show progresses, she talks about her problems and in the second half becomes more serious. She’s right that “difference is a teacher” and you can understand why she has trouble trusting men.
Nostra at myfilmviews rated the special 10/10 in his review and wrote it is a “deconstruction of the genre”. I would agree with the latter. An odd mix of comedy and emotional confession as she debates quitting stand-up during the show because it feels self-deprecating and humiliating. The serious, heartfelt parts are moving and the special’s strength. If you are “different” in some way, you will probably be empowered by her. The anti-comedy stance is bold and original, and defies expectations. I just wish the first 30 minutes was actually funny. You can’t dismiss this special though, if you have a heart.
6/10

17 thoughts on “Films and TV of the month: November”