I should preface by saying I didn’t go to the cinema very often until the mid 90s, and I haven’t rewatched these films recently, which the list reflects. Also worth mentioning, the post was inspired by another blogger who wrote about watching Gravity on TV: The gravity of the situation. 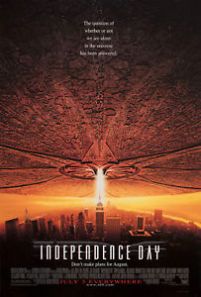 Independence Day (1996)
I had a great time with this blockbuster back when I was a teenager, it’s funny and visually the spaceships and explosions look epic. The friend I saw it with agreed with me and I even bought the poster. Once released on video my friend rushed out to buy it. He told me about the rewatch and I could see the excitement on his face wasn’t there, the movie lacked epicness at home. I rewatched it too and the result was the same. 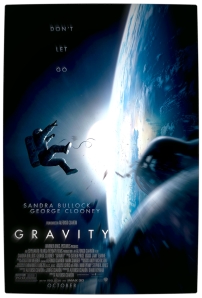 Gravity (2013)
Rarely have I seen a film that captured space so beautifully and the spectacle was enough initially.  Similar to Avatar (below), once the film is stripped of the 3D and reduced to the small screen, the story and characters become more important, and neither are at the level of the special effects.

Avatar (2009)
Probably a popular choice in this category. The thrill of Avatar was seeing a 3D film for the first time. Immersed in the world of Pandora, with its creatures, landscapes, and most memorably the floating woodsprites which hang in the air among the audience in the cinema. The story isn’t great, and when rewatched on TV there isn’t the same wow feeling. 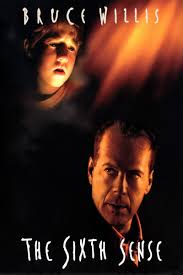 The Sixth Sense (1999)
Keeps you on the edge of your seat, a great mystery. Some viewers may claim it’s easily solved during the first watch. But the excitement of the story unfolding was a cinema-going event which can’t be replicated. The second viewing on home release was a lot less intense, but not a total waste, where you are essentially aware of the twist and the predicaments of the characters are more clearly defined. Still, the twist is what most remember and once that secret is revealed, the film looses some of its impact. 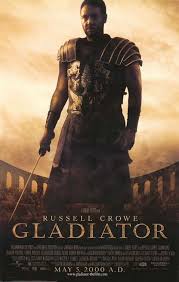 Gladiator (2000)
Ancient Rome is presented on a grand scale and I believed I was right there. By no means a bad movie on TV, but I couldn’t help feeling a little let down. For me, definitely one of those films that is most entertaining the first time around.

What do you think? Which films impressed you at the cinema and then underwhelmed you on the small screen?

34 thoughts on “Question: which films are not as good on the small screen?”