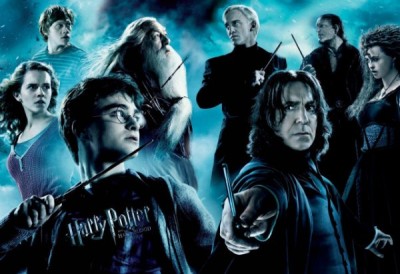 A word of warning. These reviews contain spoilers!!!

1.)
Harry Potter and the Philosopher’s Stone (2001)
Among my biggest movie blind spots was the Harry Potter franchise. So what better place to start than the first film.
I like JK Rowling’s imagination, even though she has admitted they are not all original thoughts. Wise owls that deliver mail, paintings that are alive, chocolate frogs, the secret station platform, unpredictable staircases that change, quidditch balls with wills of their own, pumpkins that hover in the air above the dinner tables, decorating a Christmas tree by moving objects with a wand, the invisible cloak, shifting chess pieces with the power of the mind, etc.
Philosopher’s Stone has convinced me to keep going. I’m not expecting the sequels to be as inventive, but the characters and continuing stories should be enough for it to maintain interest.
Rating 8/10

2.)
Harry Potter and the Chamber of Secrets (2002)
Entertaining enough, but the plot is too similar to the first film. Another flaw in the story is why his step parents are so desperate to cling on to Harry, yet are constantly fed up with him and ask him to stay out of sight. Maybe they feel a duty.
Again it’s the imaginative details that I enjoy, the knitting needles that knit by magic, the flying car that has a mind of its own, the angry tree, Mandrake plants, a talking letter, a diary that can store a person.
We learn Hermione is a “mud-blood”, a half-blood as her parents are non-magic muggles, and we delve further into Harry’s ability to talk to snakes.
Rating 6/10

3.)
Harry Potter and the Prisoner of Azkaban (2004)
The opening sequence is similar to the previous two Harry Potter films, but again there’s an important message about the neglect and cruelty orphans sometimes have to endure.
JK Rowling’s imagination knows no bounds, a London bus installed with beds and chandelier that can drive between two other buses by making itself narrower, a monster book that is a monster, a kettle that pours the tea itself when you hold out your mug, floating candles, gum that makes a person sound like a specific animal, a flying Hippogriff which is a mix of horse and an eagle, boggarts that take the shape of what you are afraid of, the magical map of Hogwarts which shows you where everyone is.
The dementors seemed like an allegory for depression or trauma, in the way they feed on happy memories and leave you with your worst experiences. The time travel in the last act was quite clever.
Rating 7/10

4.)
Harry Potter and the Goblet of Fire (2005)
Definitely warmer than Prisoner of Azkaban. Friction in the friendship between the trio was bound to happen, and we get our first taste of that, although why Harry and Ron have a falling out is vague. We also see the students being vulnerable teenagers trying to get dates for the dance. The main story is the tournament and there’s a thrilling dragon chase sequence. Not too sure about Harry’s haircut though, which looks strangely 1970s.
Imaginative details: A tent that is far bigger when you enter, a flying carriage, a potion that can alter your age, a newspaper with moving images, badges that can change appearance, a potion that makes a man grow underwater gills, sharp liquorish that bites, etc.
Rating 7/10

5.)
Harry Potter and the Order of the Phoenix (2007)
Harry is in danger of being expelled, as he before the age of 17 uses magic in front of a normal person(his brother), and speaks out of line in class. The new teacher (from the ministry) harms him for disobedience by marking his hand. There’s a general distrust of Dumbledore and several teachers, who are perceived as not meeting the regulations of the ministry.
Harry’s experiences his first kiss, we learn Harry’s father bullied the young Severus Snape, and there’s a notable character that dies.
The story starts promisingly, but is too slow paced, and not as well-told and not as charming as previous instalments. The scene when the exam is interrupted and sabotaged I had mixed feelings about. Surely an exam should be treated seriously, regardless if you like the teacher or not.
Also, the film is noticeably weaker on new imaginative details. The stand out is the red telephone box which they can travel with using magical coins. Order of the Phoenix is my least favorite of the series so far.
Rating 5/10

6.)
Harry Potter and the Half-Blood Prince (2009)
A passable film, with nice cinematography, a bit more humor than usual, and suspense towards the end, but somewhat forgettable and overlong. Most of the crucial scenes are in the last third. Comparable to Harry Potter and the Goblet of Fire, with the students as love struck teenagers. An important character dies. There is further explanation as to why Tom Riddle killed Harry’s parents, which has to do with his soul breaking into pieces, which remain, even though his body dies.
I’m not sure if it’s the David Yates entries lacking soul, or if I’m just growing weary of the franchise at this stage. Unfortunately I can see Yates also directed the final two films, but I’ll finish to see how the story pans out.
Inventive details: a small dragon breathes fire on to some food products in a box, liquid luck potion which is disastrous if made incorrectly, memories stored in a bottle, wearing shoes to bed because you sleepwalk, a library where the books go back on the shelf by themselves, a Christmas cake decoration that moves, the ability to heal a broken nose or other injuries.
Rating 6/10

7.)
Harry Potter and the Deathly Hallows: Part 1 (2010)
I’m not loving these entries directed by David Yates. Different to many of the other Potter films in that it doesn’t take place at Hogwarts. To me, tedious and inessential. Very little of importance happens in the first 90 minutes, and begs the question if Deathly Hallows is split into two merely for profit.
The transformation scene near the beginning is technically impressive, they look the same yet speak with the same voices, which is amusing.
There is a cute dance accompanied by Nick Cave song O Children and a suspenseful scene when Harry goes under water to find the sword. Probably my favorite scene is animated and explains the origin of the deathly hallows, although does not include any of the main characters who are just listening to that story being told.
Rating 5/10

8.)
Harry Potter and the Deathly Hallows: Part 2 (2011)
A step up from Deathly Hallows Part 1, the action sequence when they travel underground is thrilling. In general, the final chapter is very blockbuster-y with some of the biggest actions scenes so far in the series, notably the multiplying gold cups, indoor fire, and good and evil confrontations at Hogwarts. The orchestral soundtrack is also bigger and louder. You could accuse Deathly Hallows Part 2 of having predictable moments. However the path to that outcome is entertaining and unexpected. The Jesus allegory is hard not to notice. Good to see the Harry Potter franchise end strongly.
Rating 7/10

Have you watched the Harry Potter films? Agree or disagree? Which are your favorite films from the series? Do you have a favorite character?