71 (2014) (Yann Demange)
Very suspenseful, especially the second half. Jack O’Connell is excellent as the lead. Sure am happy I wasn’t living in Northern Ireland during the early 1970s. Such hatred and hostility, the film shows the brutal and meaningless side of war. People blindly looking after their own interests not thinking about the pain it is causing. The filmmakers don’t really take sides and are critical of both the British presence and the locals. I’m surprised anyone wanted to live in Belfast at all with the war zone environment. A time capsule, but also an ugly time capsule, so if you are sensitive to brutality, you may want to skip this one.
Rating 8/10

Straight Outta Compton (2015) (F. Gary Gray)
No wonder N.W.A wrote a song called F**k the police. In this film, the police harass and pin black people to the ground just for standing on the street minding their own business. Those scenes are the most powerful and memorable. Obviously the police misconduct is still happening in the 2010s which makes the film highly relevant.
The success of the band seems to be very instantaneous. One second they are composing the songs in the studio, the next moment the album is “taking the nation by storm”.
The concert with the police in the audience was the best scene, if only music could be as life changing as that today.
The second album by N.W.A. is famous for containing one of the first hip-hop beefs, when they dissed Ice Cube as a traitor. This aspect would become a marketing tool for other artists in years to follow. “We started out wit too much cargo. So I’m glad we got rid of Benedict Arnold”
Critics have a point that it’s a selective biopic, which means things such as female rap bands signed by the record producers, and Dr Dre’s alleged beating of women, are both omitted from the film. As Devin Faraci wrote in his review: “Of course by sanitizing the group, Straight Outta Compton sort of undermines the larger free speech issues surrounding them”.
Rating 7/10

The Tribe (2014) (Miroslav Slaboshpitsky)
Innovative Ukrainian drama. Takes place at a school for the deaf, and everything is in sign-language. At the start of the film we are informed there are no subtitles, Plays like a silent feature, so I got the gist of what’s happening. Those who can read sign-language obviously will understand more. Some parts are set in the seedy underworld of prostitution, and other scenes depict explicit violence, so it’s quite a harrowing experience. I’m surprised the girls agreed to be with the truckers, maybe they were threatened by the pimps. Group pressure and manipulation are key ingredients of the story. I don’t know if this is based on actual events. There is not much joy to be found, the only smile I remember is when the two girls are given T-shirts. Tough to shake the powerful images.
Rating 8/10 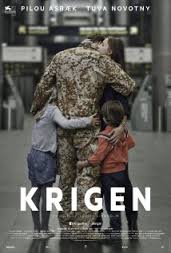 A War aka Krigen (2015) (Tobias Lindholm)
Denmark’s submission to run in the foreign language film Oscar race.
Realistic depiction of Danish soldiers in Afghanistan. You feel you are right there with them on patrol.
War is tough for all involved, and the film showcases how difficult it is to do a good job as a company commander when there is pressure and responsibility. The line between right and wrong is tricky to navigate.
We also follow the commander’s family in his absence. The scenes in Denmark with the mother and children go on too long, yet do humanize the characters, so we care about them later.
The film takes almost an hour to reach the main conflict, which frustrated me a bit. The last hour is gripping with things at stake.  It’s probably too meandering in the first hour to be classed a great film, but it’s very good. Leaves you with things to think about and discuss.
Rating 7.5/10

In the Heat of the Night (1967) (Norman Jewison)
Won 5 Oscars. Even though it’s a product of its time about racism in a hostile southern town, it still packs a punch and feels eerily relevant today. Shining a light on how dangerous it was to arrive as a black in that community. Memorable performances by Sidney Poiter and Rod Steiger and also a well-told murder mystery. A film that potentially could change your life and should be shown in schools and hopefully prevent kids from becoming racists.
Rating 8.5/10 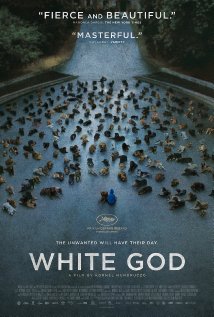 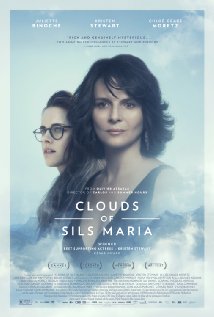 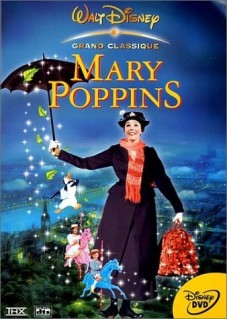 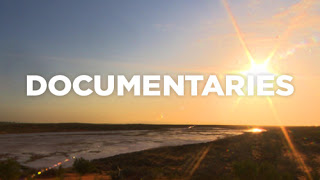 Agree or disagree? Seen anything great during September? As always, comments are welcome