Continuing my marathon, in which I share mini-reviews of documentaries I’ve watched over the last two years or so. For this post, we’ll look at education and life at school, as well as military and war. 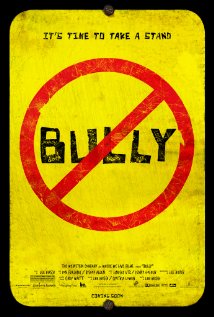 Bully (2011)
Shines a light on an important issue. I empathized with the victims. A town hall meeting is organized, and a victim of bully says it’s s a shame it took a suicide for people to take notice that it’s a serious problem. A girl pulls a gun on a school bus, no shots are fired, but she had simply had enough of the mean-spirited bullies. Whether she was right or not to scare them is a grey area, which ultimately put her in juvenile detention.
Not many solutions to bullying are put forward, which is a slight weakness. Teachers talk to students and say bullying will go on their disciplinary record, but it doesn’t appear to stop them continuing with other types of bullying.
The father of deceased Tyler started a facebook group Stand for the Silent, to combat bullying.
Rating 8/10 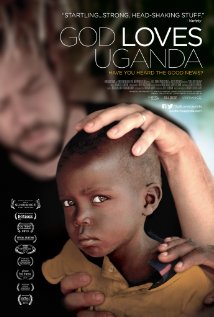 God Loves Uganda (2013) (Roger Ross Williams)
Extreme US evangelists go to Uganda, where they are able to influence the Ugandans. Brainwashing children to hate homosexuality. Intolerance is widespread, with a Ugandan priest losing his job because he supported gays to stand by who they are. This priest won a Clinton award for fighting for human rights.
Rating 7/10 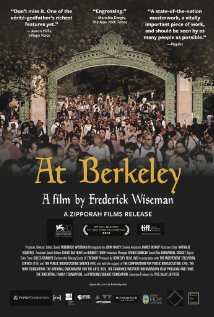 At Berkeley (2013) (Frederick Wiseman)
A four hour, momentarily interesting fly-on-the-wall look at life at public University of California at Berkeley. Too much time is spent on meetings about budget cuts, which I skimmed through, because so tedious, though the student protest is quite captivating to watch. The mission of the protest is to lower student fees and secure pensions for the workers, however the protests also have a backlash, as it interrupts school life and there are some students who are against the protests even though it benefits them.
For me, the most engaging scenes are the classes and lectures with the inspiring teachers, where there was a bit of humor thrown in.
We get to see:  Students building equipment for a man with a walking disability. A class on the way we can change society, examples are voluntarily work or becoming a lawyer to confront the big corporations.  A lecture on leadership and the need for leaders to be encouraged by feedback. A philosophy class concerning Emerson and Thoreau and the idea of man and his place in nature; for example how violent nature is when it appears peaceful. There’s also a theatre sequence where students satirize facebook. In another class the discussion is about understanding time and Stephen Hawking’s work is touched on; the big bang theory and trying to go back to a stage when time didn’t exist. We see a female student break down crying because she is burdened by the fact her parents have to work really hard in order for her to go to college. A group of students go to a conference where they can meet civil engineers and hear about life after college in that field of work. The civil engineer talks to them about who employs him and such. How to form study groups with the underlying feeling that latino and blacks are somewhat effected by racism. The final round table discussion is about how to deal with pressure and having someone who will listen to your problems is helpful.
Rating 6/10 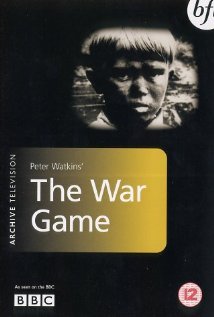 The War Game (1965) (Peter Watkins)
48 minute short which won an Oscar and several other awards. Uncomfortable, yet essential viewing.
I’m uncertain which genre this actually is? Wikipedia label it a drama-documentary. A dystopian view of the future, depicting worst-case scenario situations. A fictional nuclear war, told in a realistic way with handheld cameras and interviews, so you feel you are watching real events. A warning about the terrible consequences of nuclear weapons. Very scary that in the event of an attack the people would only have a few minutes to reach shelter.
The most horrifying moments involve children having their eye balls damaged from the heat, victims getting “put down” like dogs, a bucketful of rings belonging to the deceased, the boy who was bitten by a rat and yet no medication is available, riots over food, and the radiation-afflicted children who have no hope for the future.
2015 marks the films 50th anniversary. Initially banned from TV because it was deemed too disturbing. Finally saw television broadcast in the UK in 1985 as part of a special season of programming entitled After the Bomb, commemorated the 40th anniversary of the bombing of Hiroshima and Nagasaki.
Rating 9/10 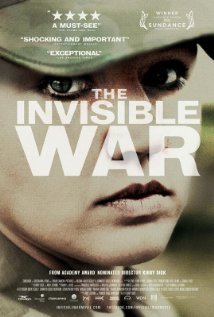 The Invisible War (2012) (Kirby Dick)
The documentary persuasively and powerfully highlights an important issue of rape of women in the military. The cover ups are almost worse than the crimes.
However, everybody watching the doc agrees with the filmmakers that rape obviously is wrong, and it becomes a bit of a one-message movie, telling you the same thing 20 times. I would have liked to see a fair balance of military, as there are also good guys who do their job well, and don’t rape.
There was not quite enough substance for a 90 minute feature. Maybe feature length docs get more exposure. 30 minutes would have been sufficient. The revelations obviously are important, but the trailer pretty much sums up what the documentary has to say.
Rating 6/10 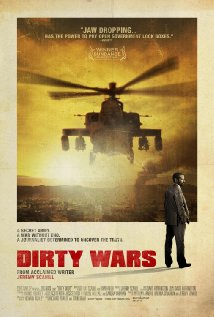 Dirty Wars (2013) (Rick Rowley)
About the innocent victims of war, and how Americans are also guilty during war on terror. It’s suggested Islamic terrorists could become dangerous from being imprisoned, so the US could be making it worse.
The documentary is good, but not quite great. Not as shocking as investigative journalist Jeremy Scahill seems to think it is.
James at jjamesreviews made a good observation, that the audience “would be more impacted if the victims had been Dirty Wars’ focus.
Rating 6/10 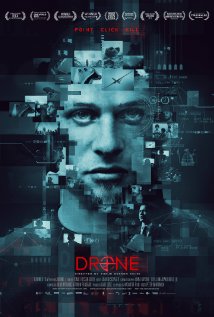 Drone (2014) (Tonje Hessen Schei)
Important documentary on the victims of the war on terror. Unmanned drone planes fly over Yemen, Somalia and Waziristan. Thousands of innocent civilians have been killed or injured by soldiers sitting in front of a screen in the US and who have eyes in the sky. The survivors live in fear of drones hovering above them. A human right’s organization attempts to let the people of Waziristan’s voice be heard.
We also get to hear from shooters, who are uncomfortable with killing people. It’s quite scary how close their job is to a video game. There’s a scene that was particularly shocking to me when we witness a soldier watching a hazy screen of black figures moving around, and then cuts to children walking in Waziristan wearing black chadors. It seems he can’t even distinguish between children and terrorists. It’s suggested that these drone attacks are increasing hatred and creating terrorists for the future.
The documentary is a bit manipulative and anti-military. The filmmakers seem to forget that terrorism is still a big problem that has to be dealt with. Alternatives to drone warfare are not suggested.
Still, illuminates important issues, so you empathize with those who suffer. The transparency and accountability of the US government in its drone warfare is questioned.
Rating 7.5/10

Seen any great documentaries recently? Have you watched any of these? As always, comments are welcome.

16 thoughts on “Reviews of documentaries (part 3)”